You could be one of a select number of guests who may get a chance to ride Tron Lightcycle Run at Disney's Magic Kingdom Park before it opens on April 4, 2023. This story plus the latest good news from Walt Disney World and Disneyland, and more Disney news.

How to Ride TRON Lightcycle Run Before it Opens to the Public on April 4
Disney travelers are anticipating the opening of TRON Lightcycle / Run, which is scheduled to officially open on Tuesday, April 4, 2023 at Disney's Magic Kingdom Park.

But did you know that before the attraction officially opens there will likely be an opportunity for certain guests to get a ride? Cast members always get this perk (understandably) but Disney has basically said that Annual Passholders and eligible Disney Vacation Club Members will also be given an opportunity to throw their hats in the ring for this major perk.
We don't know the details yet, but there will likely be a rush to get a spot once details are announced.
The story of the ride is that it picks up after the “TRON: Legacy” story where Kevin’s son, Sam Flynn, has opened a second gateway into a digital world called the Grid. The first portal to this world was built at Shanghai Disneyland with the original TRON Lightcycle Power Run. So it's fun how Disney has worked to continue the story and didn't just make this a copy of the Shanghai version.

As the ride goes, you will be Team Blue against the Grid’s menacing Programs, Team Orange. Your goal is to be the first to race through eight Energy Gates and secure victory. How this all pans out remains to be seen, but one thing is certain: Tron Lightcycle Run will be one of the fastest coasters at any Disney theme park in the world.

Just as Tiana transformed an old sugar mill into her dream restaurant in “The Princess and the Frog,” Disney is transforming the French Market Restaurant in New Orleans Square at Disneyland Park into a news restaurant called Tiana’s Palace.

Tiana’s Palace will feature peach-colored walls and green wrought-iron balconies with elegant fixtures and appointments reminiscent of Tiana’s film life. This should fit nicely into the current vibe of New Orleans Square. The new quick-service restaurant will offer guests an authentic New Orleans menu and expand on the current items served at the location.

To make the change, the French Market Restaurant (and Mint Julep Bar) will be closed as of February 17, 2023, and will reopen as Tiana’s Palace (alongside the Mint Julep Bar with its famous mint juleps and Mickey beignets) later in 2023.

Aulani's two popular water slide pool areas are closing for refurbishment.
Aulani's other water features will be open during the closures, including Waikolohe Pool and Stream, Ka Maka Pool & Grotto, the multiple whirlpool spas, Keiki Cove splash zone, and Wailana Pool.
Thank You for Listening to the Disney Travel Podcast 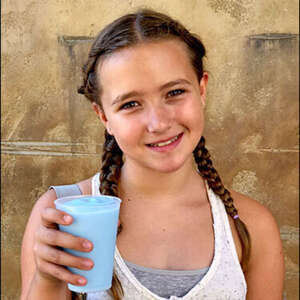 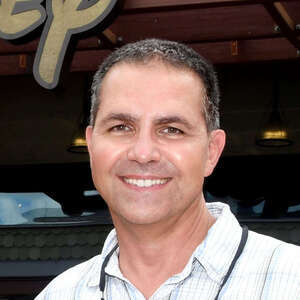 Join Mike and Amelia for fun-filled informative discussions as they share the latest Disney travel news every week. Get the latest news for travel to Disney destinations, including Walt Disney World Resort, Disneyland Resort, Disney Vacation Club (including Disney Aulani in Hawaii and Disney's Vero Beach Resort in Florida), Disneyland Paris and more.